Eventuri are well known for their top of the line air intakes and it has been several months in development but these guys wanted to make sure their system was 100% before releasing it to the eager Mk3 Focus RS owners.

Their intake has been developed through extensive dyno testing and temperature analysis. By integrating an effective cold air feed, which the stock system lacks and coupling that with their Patent Pending Venturi housing, this intake delivers industry leading results – consistently.

Eventuri air filter housing and inlet tube are made from solid prepreg carbon fibre which is both strong and good at insulating against the dreaded heat soak.

The air filter housing allows a smooth transition from a large filter mouth to the outlet. This is then continued with the carbon tube connecting the housing to the crossover pipe. Their tube is matched to the filter housing in one end and then smoothly tapers down to match the crossover pipe ensuring that the airflow is not impeded and remains laminar to the turbo thus reducing the drag on the turbo. 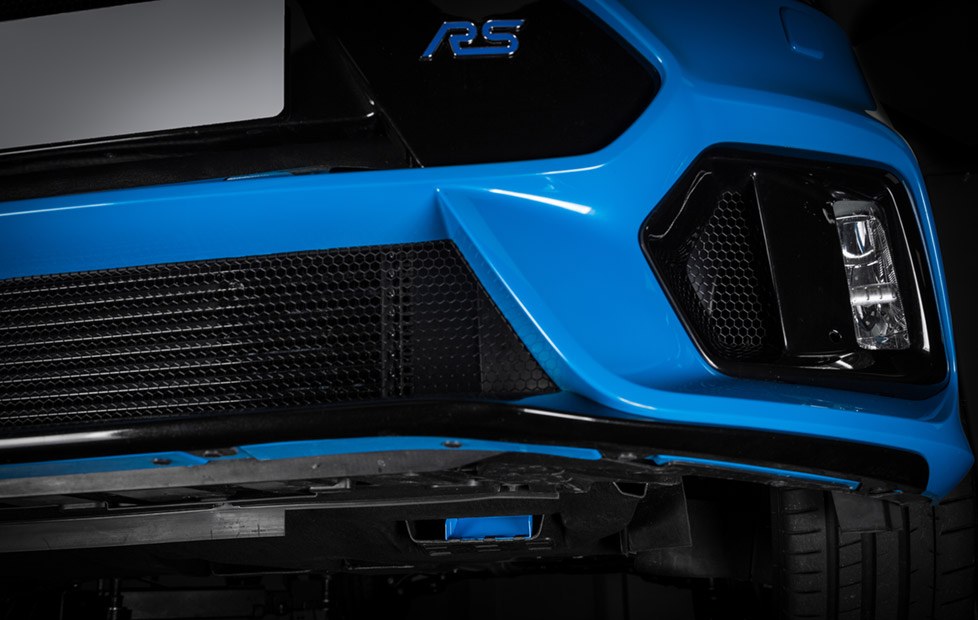 The combination of a smooth airflow part and an effective cold air feed combine to give genuine and consistent gains with this intake system.

The feed consists of an aluminium scoop and ducting to saturate the filter opening with cold air – it picks up ambient air very effectively and with the car in motion ensures that the intake does not suck in the heated engine bay air. The standard cold air feeds are pretty useless due to the small openings it uses behind the grill – under testing with a 70mph fan directly into the grill, we got hardly any airflow coming through the stock feeds. This is one of the reasons why Ford opened the airbox up otherwise it would have been a massive restriction. 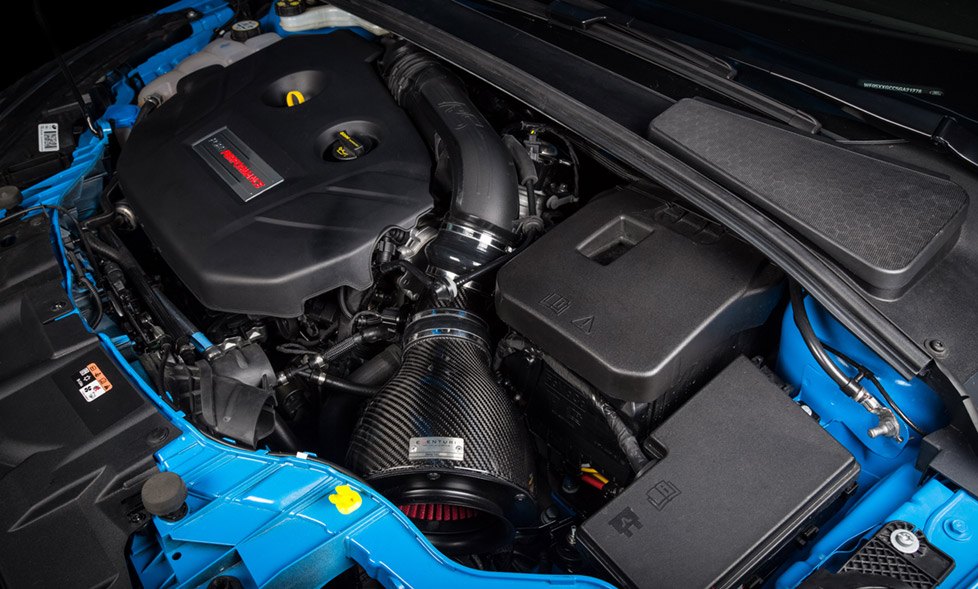 A consequence of the open stock system is that it suffers from heat soak, however it makes the airbox good in terms of airflow. So to improve on this by merely using an open cone system becomes pointless – you need 2 elements to improve on the standard design, a smooth transition to the cross-over pipe and a good cold air feed. The standard cross-over pipe itself does not pose a restriction since it has decent bore size which tapers down and matches the stock turbo inlet. A larger cross-over pipe will only be beneficial if the turbo is also changed to a larger size for higher boost levels.

The RS Eventuri obtained for the dyno test only had about 400 miles on it but made consistent power in stock form – albeit a little under the quoted power figures. However, they are more concerned with the change in power so as long as it makes consistent power then Eventuri can take that as a good comparison. Dyno figures always vary between different types of dyno, even tyres and strapping methods can affect the figures so the important value is the delta rather than the figure itself.

Eventuri conducted the testing between standard and the intake on the same day – without taking the car off the dyno so that we kept variables to a minimum.

As you can see, they made a peak gain of 10hp and across a decent rpm range with some points in the mid-rpm range showing 15hp and 15 Ftlb gains. It is important to stress that Eventuri’s design relies on decent airflow into the scoop to feed the filter – which is what you would get on the road. This is more difficult to replicate on a dyno as airflow is provided by a fan so you don’t get the same saturation. Therefore – although we got a healthy 10-15hp, on the road it will be even better.