Another award for the Focus RS 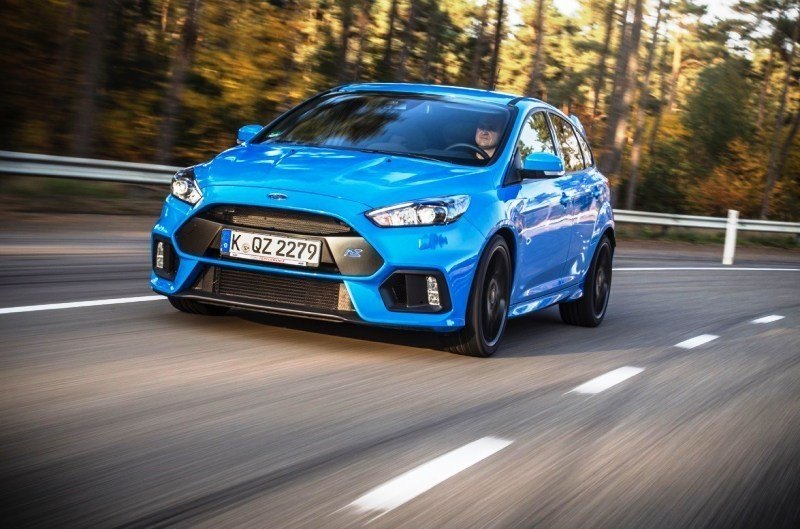 The all-new Ford Focus RS yet another award, this time claiming Car of the Year at the prestigious 2016 Vehicle Dynamics International (VDI) Awards.

The Ford Performance team that developed the widely-acclaimed high-performance hatchback also has won Dynamics Team of the Year at the VDI Awards.

A jury of 23 independent automotive journalists from around the world praised the Focus RS for “handling characteristics the opposition can’t match” and its “pure driving pleasure”.

The Focus RS pioneers innovative Ford Performance All Wheel Drive with Dynamic Torque Vectoring for a new level of handling, grip and cornering speed. Selectable Drive Modes — including an industry-first Drift Mode that allows controlled oversteer drifts — and Launch Control feature on the RS model for the first time.

Demand for the high-performance hatchback is accelerating fast, with 6,200 vehicles already ordered by European customers – almost double Ford expectations – and the Nitrous Blue paint colour among the most popular options.

“We set the bar high for the Focus RS, to deliver a world-beating hot hatch worthy of the Rallye Sport badge with the most exhilarating and dynamic RS driving experience yet,” said Tyrone Johnson, vehicle engineering manager, Ford Performance. “Ford Performance is honoured to receive two awards from Vehicle Dynamics International, and proud to have developed a car that sets new standards for affordable hot hatch performance.”

The Focus RS is the first Ford vehicle to win in the Car of the Year category. Developed by Ford Performance engineers in Europe and the U.S., the model is powered by a specially engineered version of Ford’s 2.3-litre EcoBoost engine delivering 350 PS, and sprints from 0-100 km/h (0-62 mph) in 4.7 seconds, making it the fastest accelerating Ford RS model ever.

Well done again to Ford and we are sure there will be many more awards to come.