The RS all-wheel-drive (AWD) system is built on two matching clutch packs featured on each side of the Focus RS’s AWD System. These clutch packs electronically control the Ford Focus RS’s torque split between the front and the rear of the vehicle, as well as distributing the side-to-side torque between the rear wheels and axle.

Torque is distributed automatically from front-to-rear and side-to-side, depending on the road conditions and driving situation at the time. Various vehicle sensors send responses to the AWD system up to 100 times each second.

Unlike any of the high-speed models produced by its rivals, Ford’s RWD system can distribute a maximum of 70 percent torque to the vehicle’s rear axle. When taking a corner, the all-wheel-drive system cleverly transfers the ideal amount of torque to the outside rear wheel. The Focus RS ingeniously reads the road condition, specifically measuring the angle of the steering wheel, the speed of the vehicle and the amount of acceleration being used.

Some of the highlights of the complex Focus RS’s AWD system include a significantly reduced amount of understeer (little-to-none), and increased control on oversteer. The outstanding cornering speed of the vehicle is ideally paired with improved turn-in, adaptable limit handling, enhanced grip on the road with lateral acceleration surpassing one gram, as well as enhanced acceleration around challenging corners.

Corners can even be taken in “drift mode”, with the AWD system allowing drivers to experience a controlled drift through corners. This occurs when the system distributes a perfectly measured amount of torque to the rear axles so the vehicle can take the corner seamlessly.

Clever reactive vehicle sensors are monitored up to times each second. The MK3 Ford Focus RS AWD system also boasts a dedicated control unit for rear drive, 100 percent of rear axle torque available, 100 percent of rear torque that can be automatically transferred to the left or right and an advanced drive train.

Is the AWD System Adjustable?

Using the driving modes the driver can adjust how the AWD system works. There are three options to choose from depending on driving conditions.

Each advanced drivetrain system has different benefits, but until now, there hasn’t been a system that has managed to combine all of the positive features of drivetrains so seamlessly, without any of the features that have been previously been holding drivers back.

AWD has straight line traction grip, but the restricted handling benefits and understeer let the system down and leave much room for improvement.

Forward-wheel-drive has excellent handling ability, but the limitations with traction mean it isn’t quite the perfect system.

All-wheel-drive with torque vectoring has all the positive traction benefits of all-wheel-drive, teamed with the handling of a rear-wheel-drive system to create the perfect driving experience.

Torque vectoring control is an advanced computer system included in many high-performance vehicles. The function utilises the braking system to replicate the effect of a torque vectoring differential. Read our full article on dynamic torque vectoring. 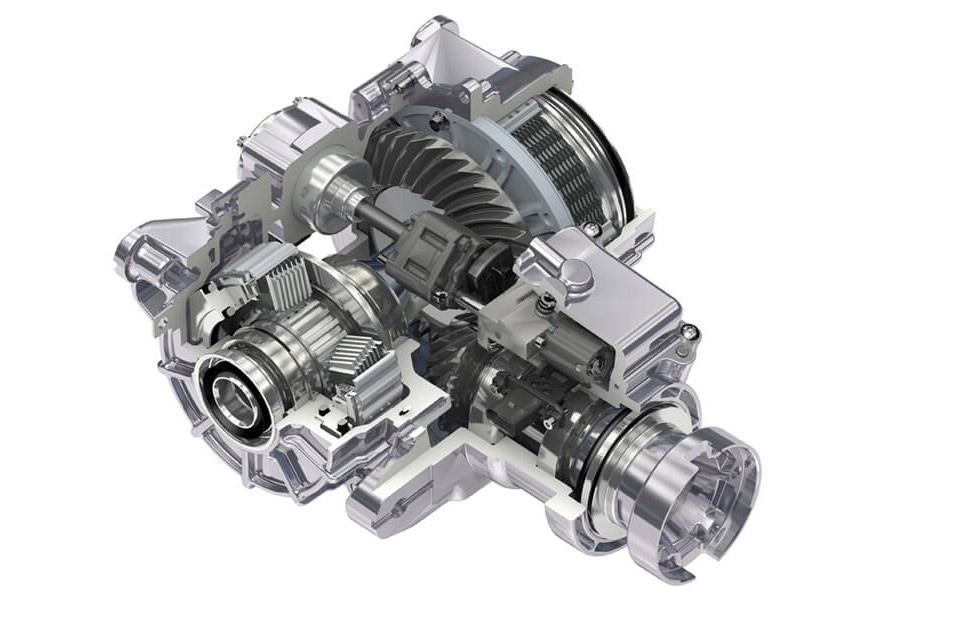 The model and its expertly-crafted new AWD system, was developed by British company GKN Automotive, known as a global leader in driveline technologies. The wider model was designed strategically by Ford to launch them into the same technologically-advanced league as their main competitor brands (namely Audi and Mercedes).

Dave Pericak, Director of Ford Global Performance commented on the release of the new state-of-the-art feature: “We have ripped up the rulebook which says that AWD hatchbacks cannot be fun to drive, and have created a car which will surprise and reward in equal measure.”