The MK3 RS model standard feature Bi-Xenon high-intensity discharge (HID) headlights that smartly adjust as you turn corners, making sure that visibility as always at its peak for driver’s navigating dark roads and conditions.

Mauro Assis, an Engineer for Ford discussed the choice of the headlight technology used on the Focus RS: “Driving at night presents additional challenges, especially at this time of year when drivers may not be used to driving with their lights on. It’s harder to judge distances, reaction times are slowed too, and there’s the risk of being blinded by oncoming traffic.” 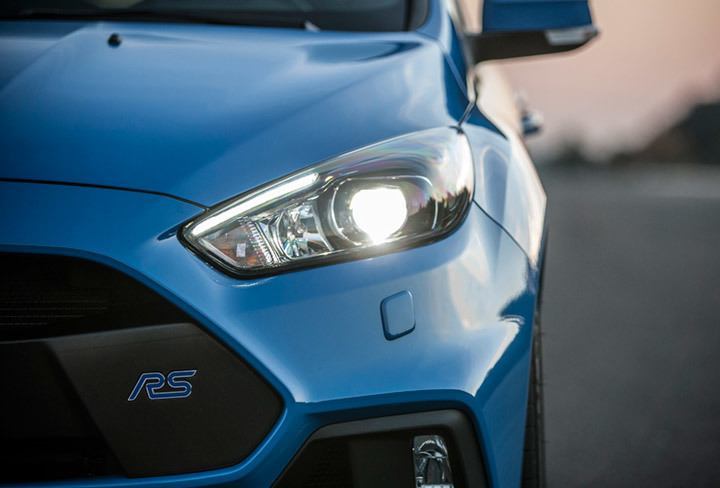 As drivers turn the wheel, the lights shift to follow the layout of the road and the direction of steering. The adaptive front lighting feature on the headlights adjust the pattern of the lights according to speed, road conditions and the environment and settings around you.

Unlike standard headlights that project light straight forward; no matter what the weather and road conditions, the adaptive system uses electric sensors to monitor ambient lighting around and ahead of the vehicle and swivels accordingly, adjusting the angle of the beam and changing the intensity to one of seven different light settings. The bi-xenon headlights also read the road for any objects ahead of the vehicle.

The headlights have in-built daytime LED running lights that give the vehicle subtle lighting for everyday driving.

The RS headlights have seven different modes, meaning you can tailor the lights depending on the roads you’re driving on.

When travelling on the motorway for example, the headlights are elevated to increase long-distance visibility and assist drivers with high-speed cornering by projecting light deeper into the bend for optimal vision. In towns and villages with increased street lights and low speeds, the headlights change again to make the lighting more immediately intense right in front of the vehicle and spread out to cover the sides.

If drivers are taking a low-speed corner, the bi-xenon headlights with adaptive front lighting illuminate each side of the road, just in case of pedestrians or cyclists. When cornering at high speeds, almost double the light is distributed further into the bend, so drivers have increased visibility in the dark.

The European Ford Focus RS model has the slight edge with active bi-xenon headlights, which project a stronger light that raise at higher speeds.

The U.S specification doesn’t come with active bi-xenon, and instead only have an auto-adjustment feature. Appearance isn’t compromised though, the design and look of the lights on both market specifications is still the same. 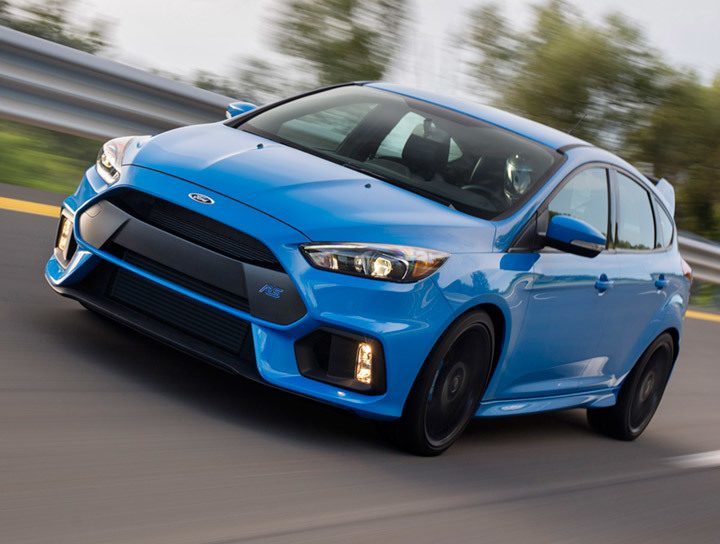 Safety enhancing ‘follow-me-home’ headlights remain lit for a few seconds after the engine is switched off – useful for drivers who want to light up their walk to their front door for extra reassurance.