The Ford Focus RS air intake system compromises a throttle body, mass flow sensor and an air filter. It has been redesigned for the MK3 model to be less restrictive and offer increased engine cooling to the engine and brake systems to increase air flow which in turn, aids power and response.

The entire intake system was modified on the RS to maximise performance from the air filter right through to the exhaust system. 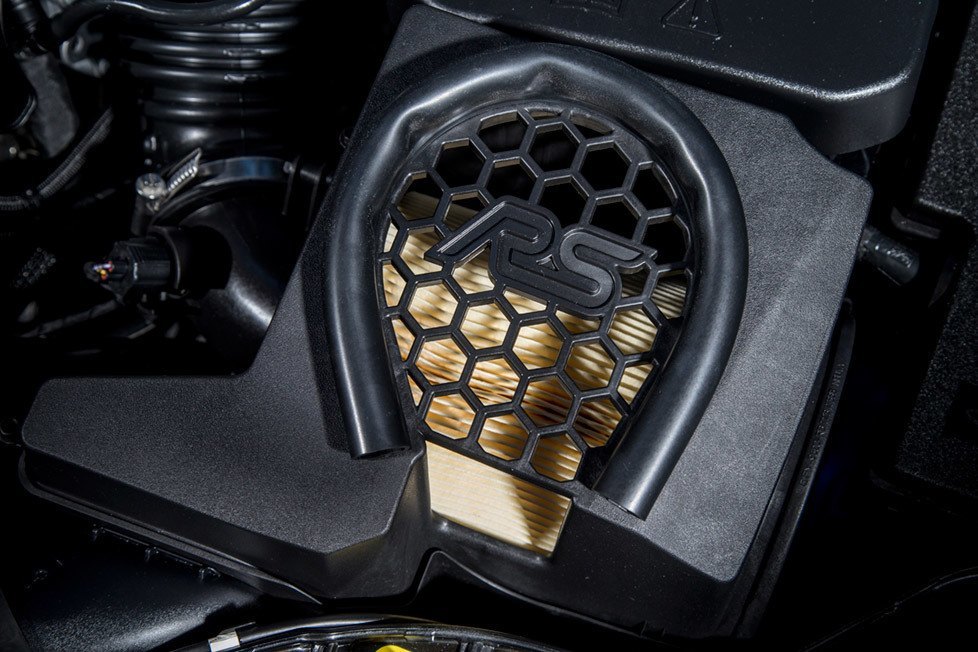 Output is powered by a low-inertia twin-scroll turbocharger with a vast compressor that distributes increased air flow and a bigger intercooler that works by maximising charge density.

The revised feature fuels a commanding exhaust system which features an electronically-controlled valve in the tailpipe to maximise the back pressure balance and sound production from the engine, helping the RS deliver its distinctive drive-enhancing sounds.

Ford use their own ‘rewarding to rev’ measurement to prove its credentials, completing 5.0 seconds at 31-62mph in fourth gear, backing up its claim to have a strong low-end performance.

Design also plays a role in the air intake and increased outputs for the Focus RS. The large, aggressive-looking grille has a unique honeycomb-shaped design, which increases air intake through the front bumper to maximise the amount of cool air being distributed into the engine. When compared to the Ford ST model, the RS grille has an 85 percent free cross section, whilst the ST only has 56 percent.

The front-end features an upper slot for cooling down the radiator and a lower slot for the intercooler. There are also slots around the fog lamp, which distribute air flow to the brakes. The large splitter was needed to push down the car, and that’s when Ford designers and engineers realised that they needed to fit a big spoiler at the rear in the aerodynamic tunnel to have a counter balance on the road and decrease any vehicle lift.

These breathing enhancements mean that the car can perform on a track for long periods of time. 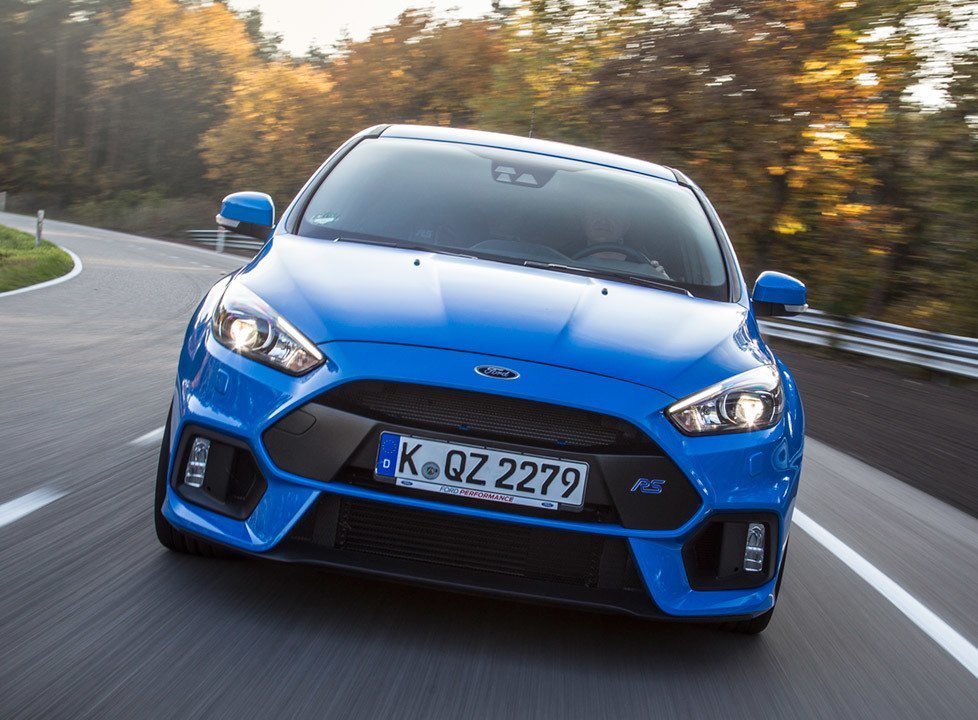 Swapping the standard system for a cold air intake is one of the most popular modifications on these types of sport performance vehicles. Warm air isn’t as dense as cold air, so particles are closer together which in turn creates more oxygen for the engine to burn more efficiently, increasing both torque and horsepower. Cold air intakes systems will undoubtedly help increase performance on the RS and that is why Mountune have already started developing an upgrade.