Like most of the features on the Ford Focus RS, the exhaust system has been tweaked to add to the sporty appeal of the MK3 model.

The 2016 Focus RS exhaust system is designed to run almost in a straight line to the back of the tailpipe, which features an electronic valve. The valve is there to assist in balancing pressure at the rear of the vehicle and controlling the exhaust’s noise output. 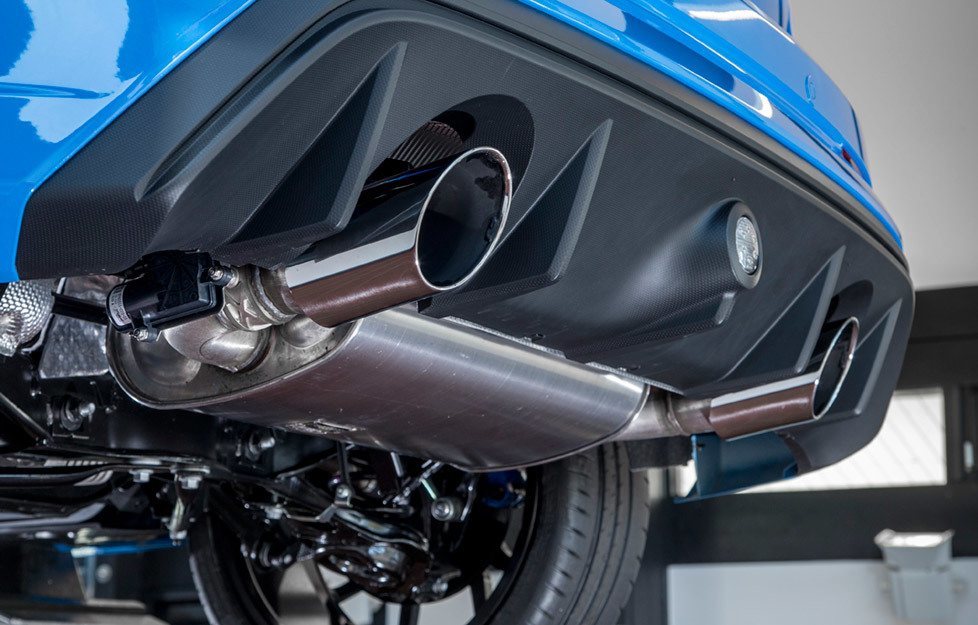 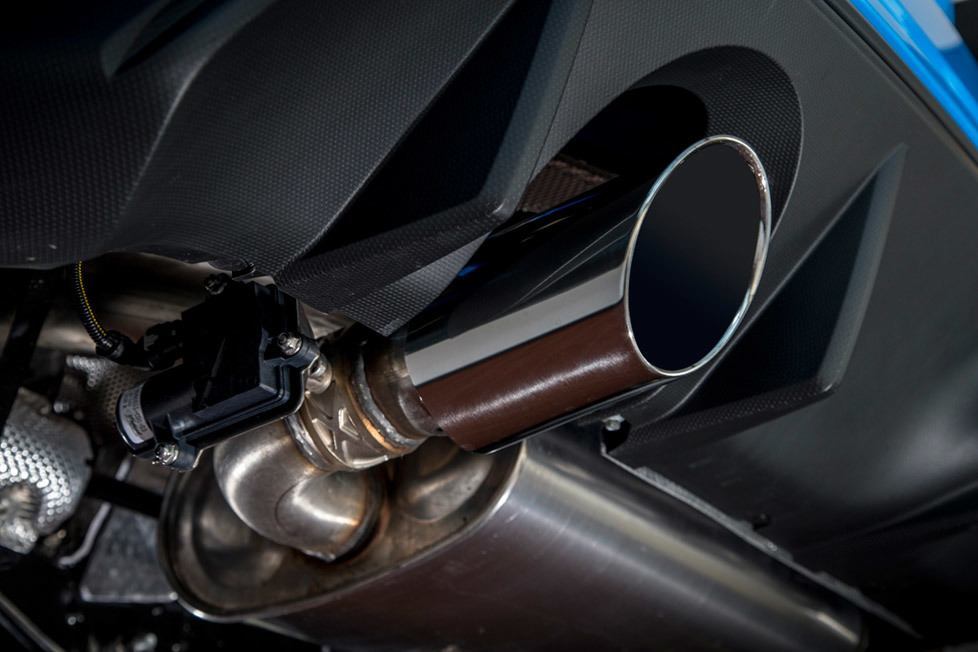 The actual exhaust pipe itself measures in at a 3-inch diameter. The pipework was optimised for efficiency and better-quality gas flow. The tailpipes are 4.5-inches/115mm in diameter, and have a similar style tailpipe finish to the MK2 RS model.The two-angled exhausts featured on the bumper are almost identical to those on the old RS. 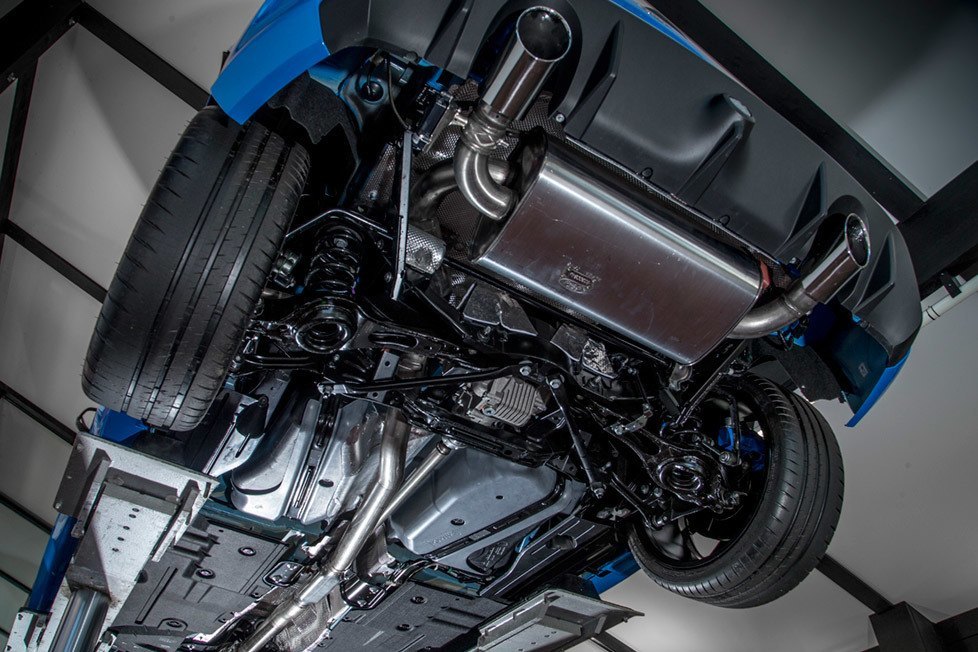 The Ford European Powertrain Research department confirmed a few years ago that using an integrated exhaust manifold alongside a turbocharged engine offered a range of benefits, hence why the feature has been used on the MK3 RS model. The feature has a range of benefits, including being eco-friendly due to reduced emissions, being lighter in weight and cheaper for manufacturers to produce or purchase. Performance-wise, the integrated exhaust manifold used on the Focus RS, is also said to benefit power and torque capabilities.

The exhaust manifold works by allowing the engine to get to its ideal temperature much faster than normal and significantly cutting down the time it takes for exhaust gases to travel from the cylinders to the turbocharger, meaning torque gets to where it needs to be much quicker.

The sporty RS model has received praise for the distinctive ‘burble, crack and pop’ noises that are emitted from the exhaust system. Despite the noise output, the vehicle complies with legal noise limits.

The four drive modes on the RS also have a bearing on the exhaust noise, with each creating its own unique exhaust sound. The sound-suppressing valve ensures that the exhaust noise is subtle when drivers are using the everyday Normal mode. In Sport, Track and Drift modes, Ford’s ‘injection strategy’ means that the valves opens up and the performance noises from the RS engine and exhaust are unleashed to simulate a driving experience that largely resembles being on the track.

The intake design on the Focus has been altered on the MK3 model to make sure that the air intake is immediately increased, and is consequently much less constricting than it has been on previous models. The intercooler has been increased in size, meaning intake air-charge density is increased and therefore more efficient. The turbo compressor is also larger than on previous RS models, and both features work alongside the newly included twin-scroll turbocharger.